I can’t believe how much happened in February! It’s been a crazy month…

Very early in February we went to see a beautiful house in Arkel. With this view… At first we decided that Arkel was too small (it’s a village of about 3000 people) for us, and too “middle of nowhere”. The house and the view were so nice though, that we started to reconsider. Tomorrow we’re having a second viewing of this house, so stay tuned 😉 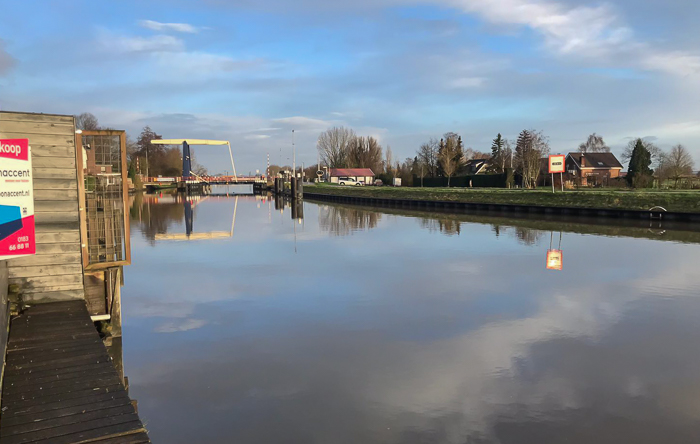 The International Film Festival Rotterdam was coming to and end, but first I worked a couple of shifts in this really old-fashioned cinema. About the opposite of bright, modern LantarenVenster (my favourite), but with tons of character – I loved it! 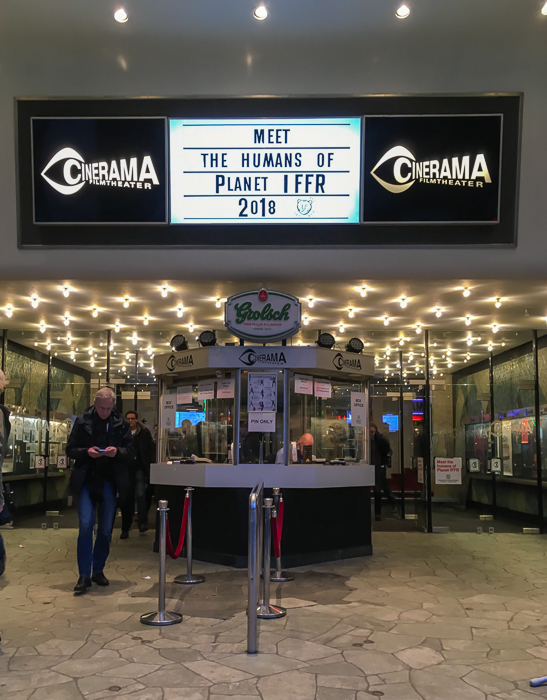 The highlight of the festival (for me) was a very special screening of Phantom Thread by Paul Thomas Anderson (who made my favourite movie EVER – Magnolia!). The score was played live, by the Rotterdam Philharmonic Orchestra, and both Paul Thomas Anderson and the main actress Vicky Krieps were present. In the photo below they are talking to the director of IFFR. The film is fantastic, and the experience was just amazing 🙂 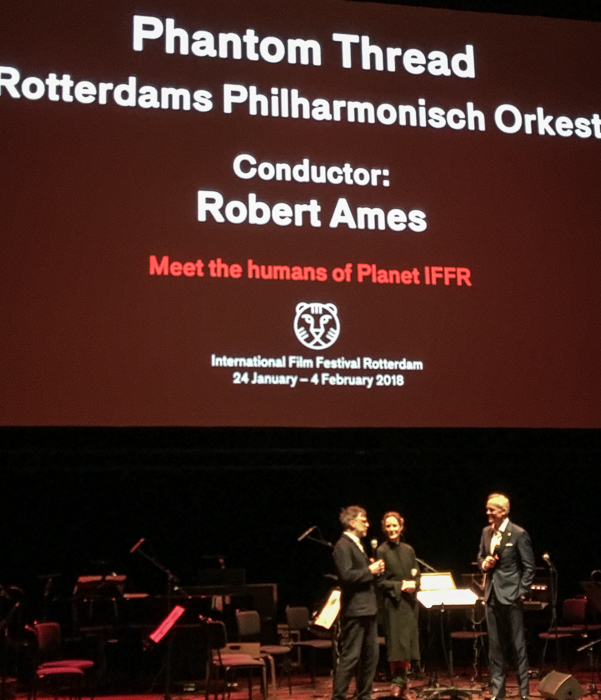 On the last day of the festival I went to see a film with Michiel, and afterwards we tried Poke Bowl for lunch. I loved the decoration of this small restaurant 🙂 The food is very expensive though, and my bowl was so full of sharp wasabi that it was uncomfortable, while Michiel’s bowl was extremely salty. Oh well! 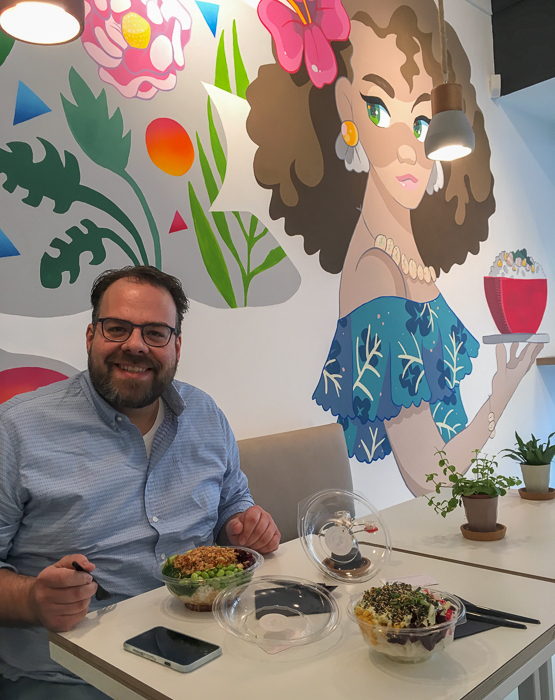 On the first Monday in February, I had a job interview at InfoPlaza, who by coincidence have just moved to Houten, where Michiel works as well. They were looking for a part-time meteorologist, and it’s shift work but no night shifts. I got a really great impression of the company at the day of my interview, and was really happy when I found out that evening that they would love to hire me!

The next day I had to take my car to the garage for its first Dutch APK (MOT). I cycled back via de Kralingse Plas. It was a cold but sunny morning and I really enjoyed myself. I took lots of photos, and wrote a blog about it here. 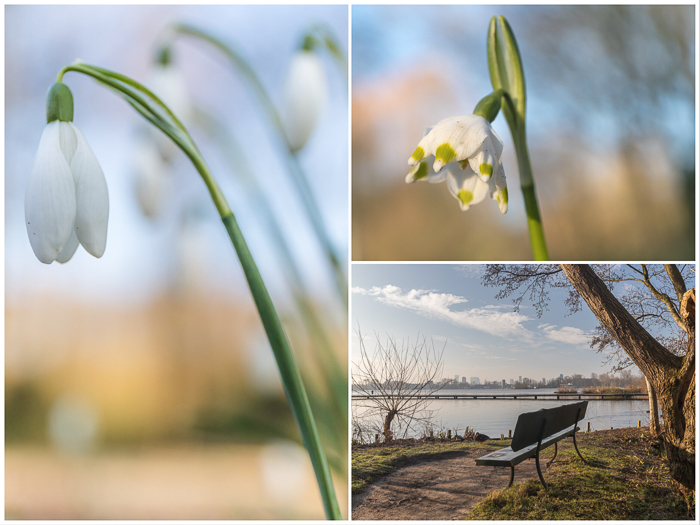 I assumed I could just pick up my trusty Subaru in the afternoon, but to my surprise I found out it had not gone through 🙁 The garage owner showed me how much rust was underneath the car – it was about to fall apart! Fixing it was really expensive, and I decided not to spend that much money on repairing a 15 year old car. But since I had just accepted a job which required driving, I needed a car! So after reading pages and pages of advice, and lists of the most reliable second-hand cars and the most fuel-efficient cars I had shortlisted two car types, and I went to test drive both of them that weekend. I fell completely in love with this Honda Jazz, with huge panoramic windows and sunroof! It’s an automatic, and a hybrid and I loooooooove it 😀 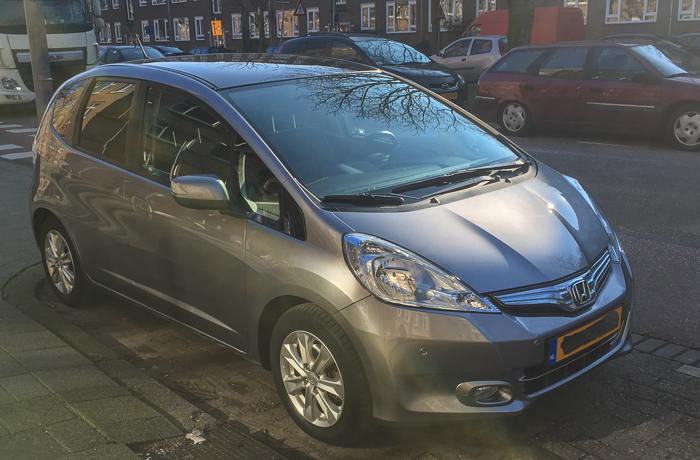 I was asked if I could start my new job already on the 15th of February, which was fine with me, but it meant I really had to hurry with the paper review I was still working on. So I made long days and nights finishing the review and the revised manuscript. Sometimes I took a break though, and once I went back to the Kralingse Plas to see how the snowdrops were doing. 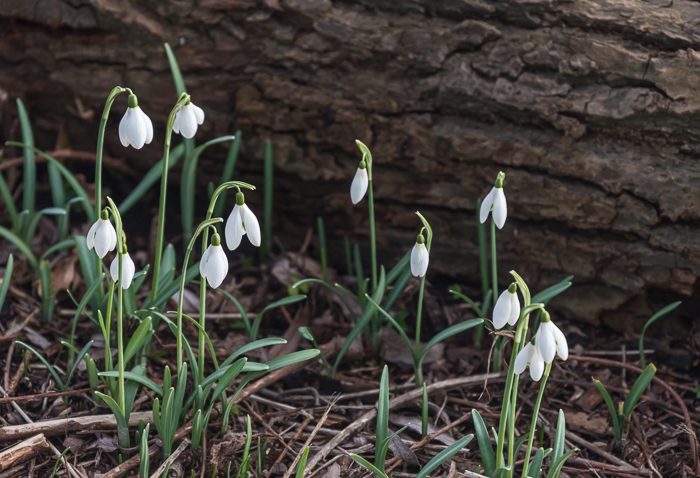 I found even more signs of spring, which made me very happy! 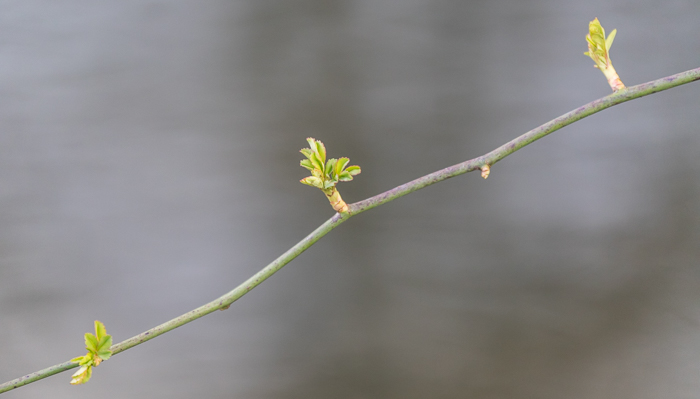 The second weekend of February we painted our bedroom. We had painted the three test squares on the wall behind the bed ages ago, and now we finally painted that wall in the lightest colour. We also painted all the others walls (and the ceiling) white (they really needed a fresh coat of paint). See below for the before-and-after photo – I’m really happy with the result! The next step is to replace the worn carpet with a laminate flooring, but that will have to wait until another weekend. 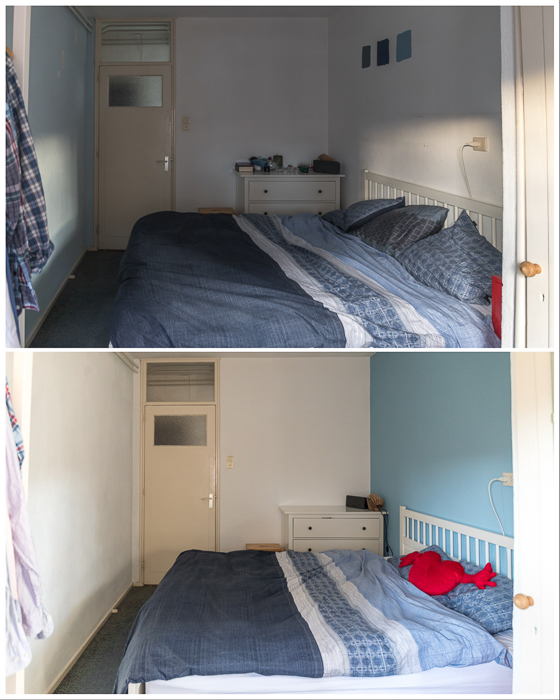 On the 15th of February I had my first day at my new job! I’m still in training, but I already published my first forecast after 2 hours at work – of course for Scandinavia 😉 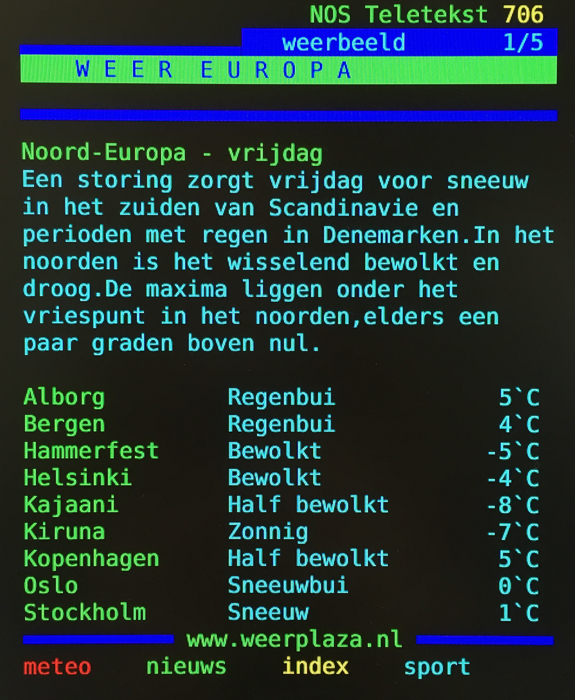 I’m going to work part-time, so luckily it was no problem to take the next day off, as I had already planned to join a meteorology excursion to Friesland (a province in the north of the Netherlands). The first stop was a steam-powered pumping station (the largest still operating in the world!), called Ir.D.F. Woudagemaal. This is the very modern visitor center next to it. 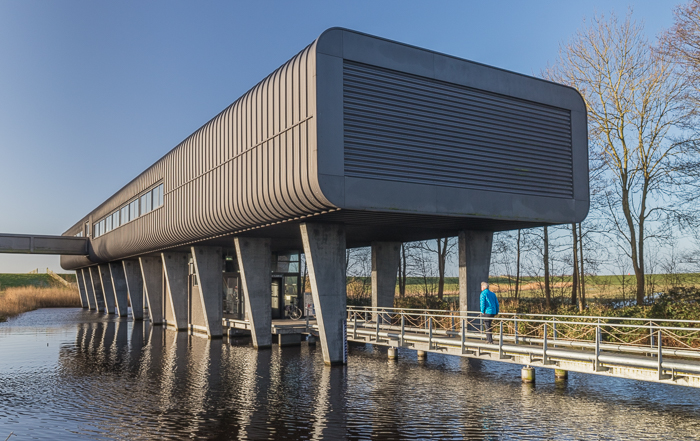 And this is the group in front of the pumping station, on a beautiful day! 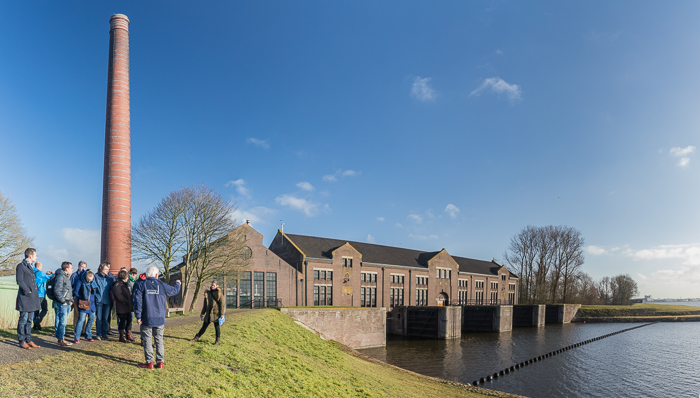 The second stop of the excursion was the ice stadium Thialf in Heerenveen. You could sign up for a one hour skating lesson, which I took. I hadn’t skated in quite some years, and I really enjoyed the lesson. Afterwards we got a tour of the building, and also got to see some of the professionals who were training, they are SO fast! 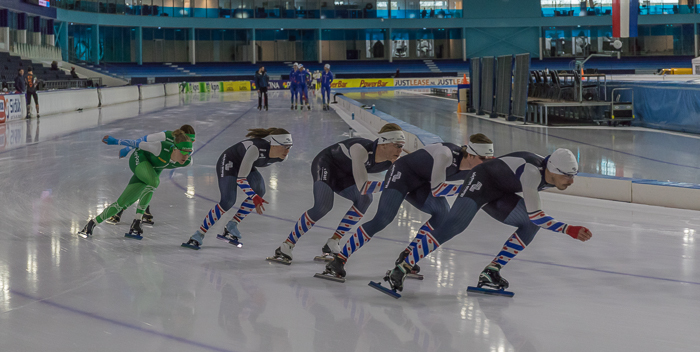 That evening I drove to Arkel, I was staying with Sharon and Renier for the night. The next morning Sharon and I went on a photo workshop by the Betuwefotograaf. We were meeting him at 7 in the morning! Unfortunately we were a bit unlucky with the weather this morning, it was very grey. We enjoyed his workshop though, and we got to see a lot of really great photo locations, like this one… 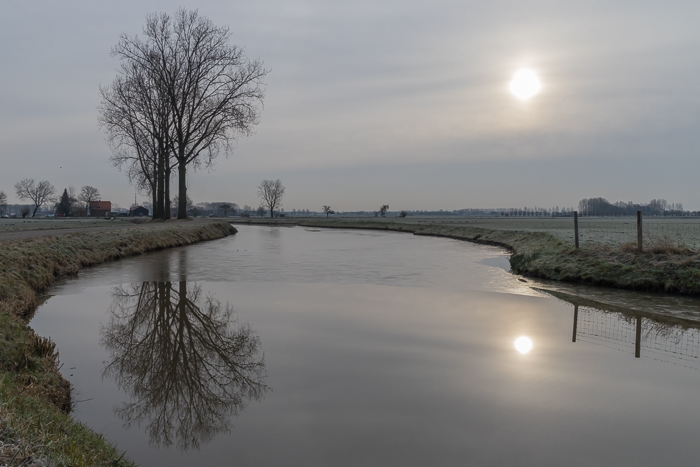 The area has a lot of scenic small roads lined by trees. I really love this part of the Netherlands! Later that day Michiel also came to Arkel and we spent the day helping to cut wood into small pieces for the wood stove. At night we went for dinner in Gorinchem, a nearby town. Actually, it was that weekend that made me realize how much I love this area, and I learned that Gorinchem is quite a decent town and only 5 km away. 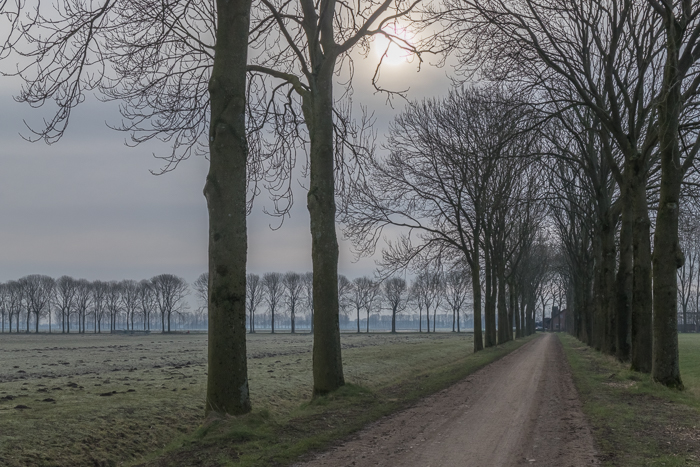 The next week I was back at work, and I was able to carpool with Michiel – that’s really nice! One evening we drove to Haarlem after work for another cosy dinner with my family 🙂 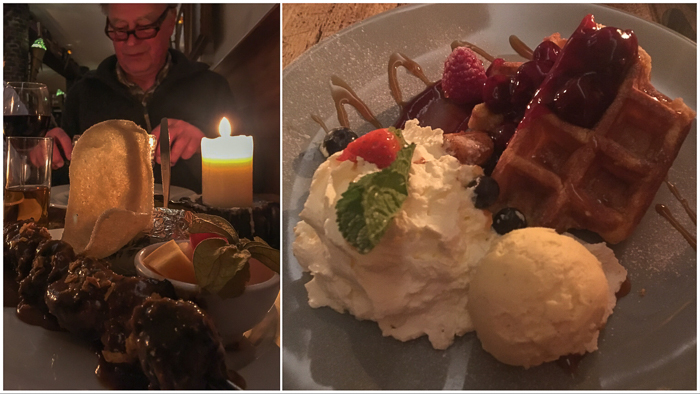 We returned to Haarlem on Saturday, to celebrate my niece Mare’s 10th birthday! She’s getting so big! The cakes were delicious and very filling 😉 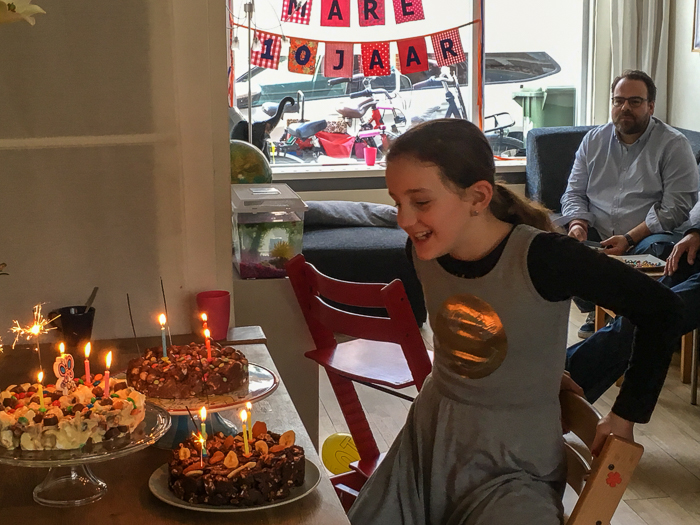 Up til then, I had been working on the paper review like crazy. I finally finished it, and only had to wait for Dagrun (my co-author) to read through everything. So I decided to use a couple of free hours to finally get outside in the beautiful frosty (but sunny!) weather. I drove to the nature area Rietputten, near Vlaardingen. It’s a nature area surrounded by industry, like you can see in the photo below… 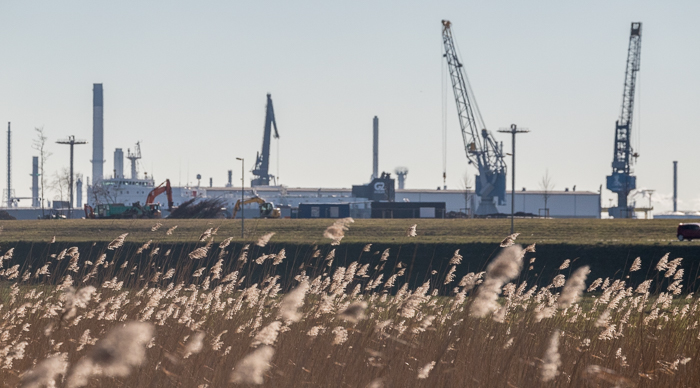 But to my surprise I was lucky enough to see a couple of bearded reedlings (baardmannetjes) who willingly posted for pictures. They are soooo cute! (Can you tell I’m slowly turning into a birdwatcher? I must be getting old 😀 ). I hope to share some more photos of that walk on my blog soon! 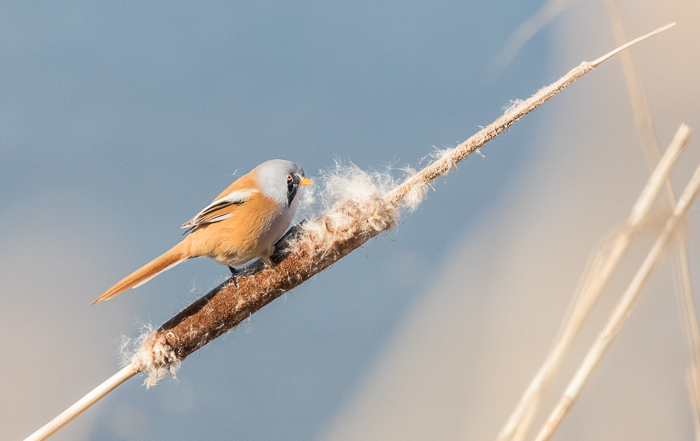 Later that day I submitted our revised paper, which is now being checked by the editor and we’ll soon find out if it’s accepted. It was such a relief to be done with it, as starting a new job while having to work on the review in the evenings and weekends was not much fun.

Last Monday we drove to Amsterdam after work. It was REALLY cold, but you can’t really tell that from the very sunny photo of the Skinny Bridge below 😉 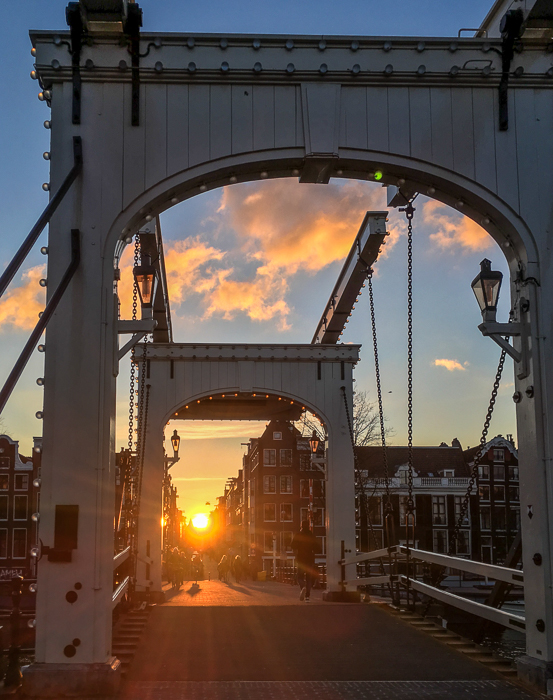 We shared a drink with my aunt in her local pub, then enjoyed some delicious sushi… and then we got to see Clouseau (a Belgian band) in concert. My first ever cd was by Clouseau, I had their posters hanging above my bed as a teenager, and I know the lyrics to every single song. They’ve been around for THIRTY years now and that’s why they did a special anniversary tour. I LOVED it. We had very good places and they gave a great show 🙂 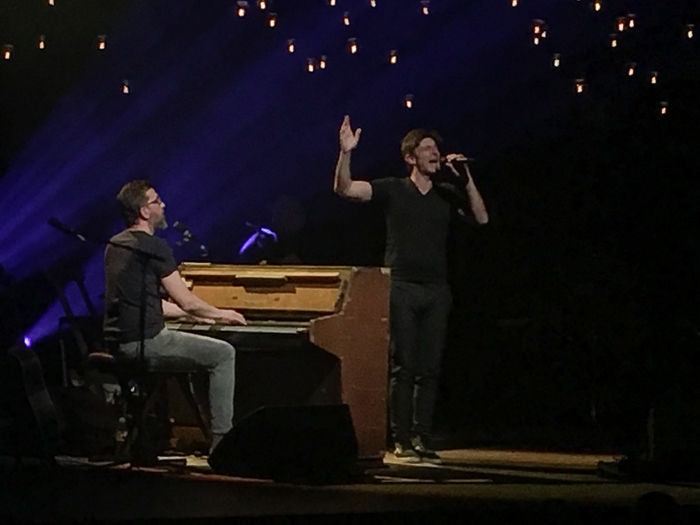 At work, it has been an interesting week because of the really cold weather (temperatures stayed below freezing for several days, and with strong easterly winds the wind chill is close to -20C!). We also had some tiny snow showers passing over the country, like this one…

Whenever it’s cold like this in the Netherlands, the “skating fever” comes up, and everybody gets so excited about skating. I haven’t had a chance to go skating myself, but I noticed people were skating on a frozen canal next to the church close to where we live. Beautiful 🙂 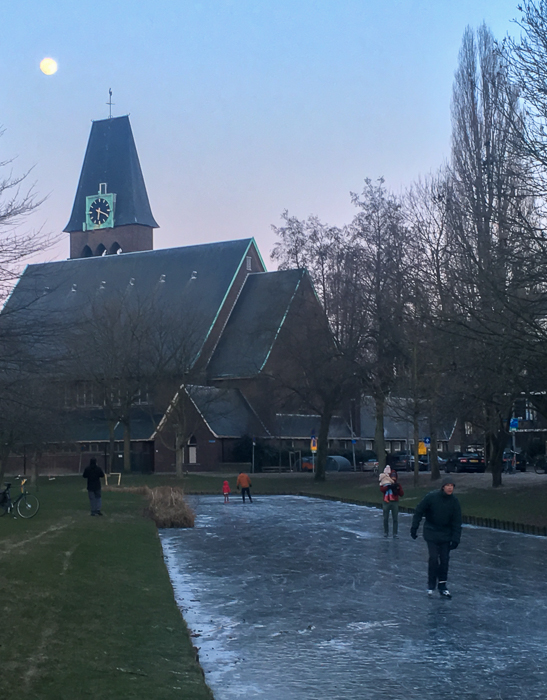 What a month!! It’s been insanely busy with everything that happened: submitting the revised paper, changing my dear Subaru for a lovely Honda Jazz, an unexpected job interview, getting hired and starting 10 days later… 😀 Life is good!