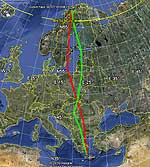 A final one from Saturday’s sunrise - looking in

Another one from yesterday’s sunrise 🌅😍 #s

My best nine of 2019! So much has changed this yea

Beautiful balloons at the glassblowing workshop in

Another beautiful corner of Dordrecht - love those